3 words I would use to describe myself last week and I am NOT sorry about it. I spent all of last week eating at freshmen dining halls and posing as a transfer student.

I am probably the worst liar ever. Everything is bout 100x funnier when a big, juicy lie slides off your tongue. Giggle-disease is real and I have it. I can’t play many popular party games like… Baulderdash, Poker, Kemps, Euchre, Pick up sticks, Clue, Red Rover, Murder in the dark, Mofia, 4 square and many others. Three of those were lies and I spent 20 minutes giggling to myself thinking about them.

Red Rover is NOT ONE OF THEM. More giggling.

Besides forcing myself to lie to a bunch of people I also wanted to pretend to be a transfer student because I believe millennials are socially screwed. We may have a pocketful of social media tools but I firmly believe we are all so connected that we are actually all disconnected. We, myself included, spend all of our time looking down when we walk to class, stand in line for anything, while eating meals, and even HANGING OUT WITH OTHER HUMANS. AHHH. What are we doing??? If you don’t make your friends within the first 2 weeks of school before everyone else pairs off… BAM you’re caught standing in a game of social musical chairs. I wanted to feel what it was like to break into already developed social groups.

19 Years old from Hudson, Ohio. Second year transfer from Ohio Northern University. I live in Clawson Hall (NO ONE lives in Clawson) room 419 (There is no 4th floor, whoops) I transferred to Miami because people from Ohio Northern were weird (mostly true) and Miami’s Business program is a “slam dunk” (very true). Jacobs doesn’t like to party, but he sure like’s to “shake it.”

Week 1 Mission: Assimilate myself into established social circles at meal times by… lying to everyone. Fool proof plan right? Wrong. Feast your eyes below.

All names of  people and fraternities have been changed. 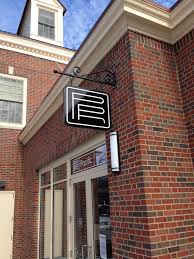 I was BALLS-NERVOUS for my first farce. I spent 10 minutes parked outside of the Shriver Center formulating believable lies I could tell to woo over potential new homies. I timidly walked into Pacific Rim and was immediately disoriented because Miami’s latest dining experience is still a complete mess. Whatever you think you’re suppose to do to get your food, do the complete opposite and maybe you’ll leave with a happy belly, but probably not. The slogan for Pacific Rim should be… Pacific Rim: Depression-Era Sized Portions that Confuse Your Colon. Anyway. I was immediately greeted by my good friend Annie Hunt who was conducting surveys for Campus Crusade. It went as follows…

Me: *Whispering* “I’m pretending to be a transfer student, pretend like you don’t know me”

Are you kidding me???

Me: *Still super uncomfortable* “Thanks!….?”

Annie has now said two things you don’t say to a transfer student. After not-so-subtly giggling at ourselves I split from Annie and sit down with two nerdy looking guys who graciously accept my request to sit with them and somehow COMPLETELY missed Annie and I’s episode that aired seconds earlier. Patrick and Javier were Freshmen from Morris Hall who were doing their “Miami freshmen boy thing.” My favorite interaction with them was when I asked them…

The answer: “Dude, Brick Street is great ANY night of the week!” I died laughing. Internally. Christian Jacobs has a stone face and hates smiling.

Besides that faux pas, they were super kind. They asked me tons of questions about my life. I was surprised and really appreciated their curosity. They also gave me genuine advice like… “Rush, everyone is doing it”, “Don’t touch the turtle’s heads on the sundial, I peed on them”, and “make someone keep a list of everything you do when you’re drunk.” As a senior, let me tell you that none of those are good ideas. Besides touching the turtle’s head, apparently they are total urine magnets.

I may never understand the attraction the gay community and the emo community has to each other. Opposites attract is my only explanation. For my second meal I sat with two vaguely scary looking girls who did a better job eating me alive than their General Tso’s buffet meals. After pelting them with questions and sitting in uncomfortable, near-silence. Two of their gay friends rolled up and things got much more interesting and hilarious. They immediately engaged me in conversation and told me join the knitting club at Winter Mega Fair later that evening. “Ya I just knitted F*** S*** Up into a sweater!” one of them exclaimed. Can’t really argue with that. One lamented that he couldn’t fit into Forever 21 pants because his thighs are “too voluptuous.”

“Their loss,” the other exclaimed. Comedy gold I must say. Things got super weird later while I was running the Phi Sigma Pi Winter Mega Fair table and the pair rolled up to our recruitment headquarters. When you figure you’ll never see someone again… YOU ALWAYS SEE THEM AGAIN. It was awkward. Pretty obvious I was pulling one over on them.

Ooooh Harris. Everyone remembers, and tries to forget, their first time at Harris. I really wanted to sit with people I would not normally want to sit with for my last experience. Not that emo girls are my favorite conversationalists. I decided to sit with 3 frat guys who were in the middle of their rush season. WOW, am I glad I didn’t rush. At this particular fraternity hazing was in full force and it made me sick to listen to. I always have found it fascinating what people will talk about in front of complete strangers. After being ignored and having my mind blown for about 20 minutes I was spotted by one of my new sophomore friends from Cru and ditched the “cool scene.” Ben is a total boss and we linked up with Autumn King and her groupies. It was a serious trade up, and I met 4 new, amazing people. I wish the best for those 3 freshmen who were so excited to be treated so poorly.

^A girl struggling to grip a doughnut and pretending to enjoy her meal at Harris.

Overall the experience was SUPER fun and eye opening. People, for the most part, are willing to meet new people and help a brother out who is lonely and searching for friends. I now feel that I can sit with random groups of people without having to lie to them because who the heck cares. If you ask to sit with someone new and they say no, guess what, they’re the jerk. And they probably missed out, because I think you’re pretty awesome.

Next week is going to be wild. Jeffrey & I are up to something magical . Until then… make a new friend, sit with new people, and PUSH yourself out of your comfort zone EVERY DAY.

Here is this week’s Jaekle Jam: